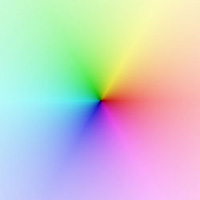 «Mathematics of Coloring: Chromatic Number of the Plane»

About the speaker
Dr. Alexander Soifer

, is a Professor at the University of Colorado at Colorado Springs. He is Chair and founder of Colorado Mathematical Olympiad

, which is on its twenty-fifth year and was a member of USA Mathematics Olympiad Subcommittee (1996-2005) and USSR National Mathematical Olympiad (1970-1973).

His publications include some 200 articles and five books: Mathematics as Problem Solving (1987); How Does One Cut a Triangle? (1990); Geometric Etudes in Combinatorial Mathematics (1991, with V. G. Boltyanski); and Colorado Mathematical Olympiad: The First Ten Years and Further Explorations (1994).

His last book, Mathematical Coloring Book: Mathematics of Coloring and the Colorful Life of Its Creators(2007)

These books are all relevant to the development of students as problem solvers. He is also Editor and Founder of the research quarterly Geombinatorics (1991-present).

Alexander has presented a number of highly researched lectures at World Federation of National Mathematics Competitions (WFNMC) meetings. These topics have included the status of the four colour theorem, contemporary aspects of geometrical combinatorics such as the chromatic numbers in 2 and 3 dimensions, and historical studies such as the life of algebraist B. L. van der Waerden under the Nazi years and during the W.W.II's aftermath.

In addition Alexander has given long service on the Executive of WFNMC as Secretary (1996 to present).

on the recommendation of the WFNMC Awards Subcommittee.